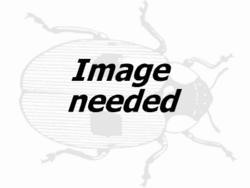 Most species are tropical.

Ebony (French: ébène) is the dense black heartwood of many Diospyros species, ans some species in Leguminosae. Ebony has a very high density and will sink in water. It has a fine texture and gives a very smooth finish, and is mostly used for carving or furniture.

Ebony first came to the knowledge of Mediterranean peoples through Egypt. Later, Greeks learned to know several species. According to Amigues (1989), Theophrastus (H.P., IV, 4, 6) describes two types of ebenê (ἐβένη) from India, which "include two varieties, one with a good and beautiful wood, another of a mediocre quality". The first could be Dalbergia sissoo, present in central Asia, and the second Diospyros ebenum, only present in southern India, and which the Greeks of Alexander probably only knew thorough wooden artifacts.

Origin of the name Diospyros

(for the origin of persimmon and plaquemine, see Diospyros virginiana)

Why did Linnaeus chose the name Diospyros? He is known to have arbitrarily taken names simply because they were available. In this case, he could not use Lotus, which he had already chosen for a genus of herbaceous Leguminosae. In his Species Plantarum (p. 1057), he gives as a synonym Lotus africana latifolia Bauhin (Pinax, p.447).

Bauhin, in his article Lotus, explains that there are three distinct lotus arbor in Pliny and Theophrastus, according to Daléchamp, and adds a fourth one. His second species is our Diospyros lotus:

In conclusion, the choice of the name Diospyros by Linnaeus is due to an identification of the name in Theophrastus by Renaissance botanists, and particularly Bauhin. The similarity of fruits between Diospyros lotus and Ziziphus spp. (the Lotus Africana angustifolia of Bauhin), which have a similar size, need to be eaten overripe and are often dried, has led botanists to call lotus the species Diospyros lotus, which was unknown to the ancient Greeks and Romans. This identification survives in the English translation of Theophrastus by Hort and the Greek dictionary of Bailly. (Michel Chauvet)

The genus Diospyros includes ca. 500-600 species, with 200-300 in Asia and the Pacific area, 95 in Madagascar, 94 in continental Africa, 100 in America and 15 in Australia (Kubitzki 6, 2004). Only 4 fruit species are temperate. Many tropical species are used as timber, called ebony when their heartwood is black, dark-coloured or streaked.

Many other tropical Diospyros have edible fruits, but their use is mostly local, occasional or even as a famine food.