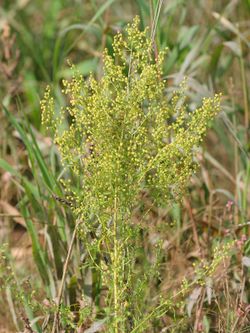 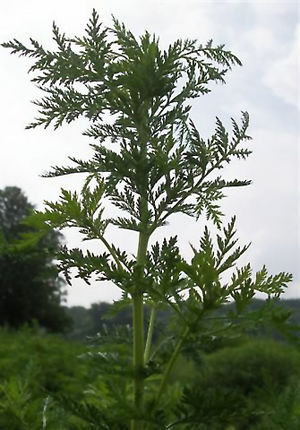 The species is the source of artemisinin, which has become from the 1970's one of the major treatments of paludism, alone or better in combination. The chemical may be obtained:

Several chemical derivatives have been developed to offset the poor bioavailability of artemisinin.

In Hubei Province (central China), the stems are used as a salad, pickled with rice vinegar. It is a delicacy.