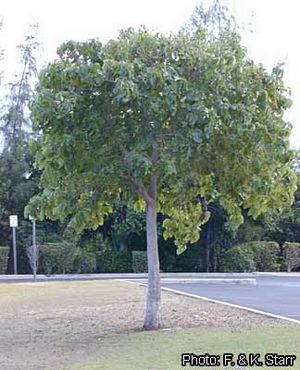 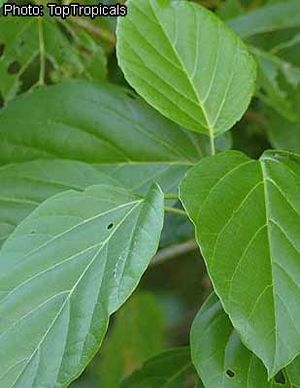 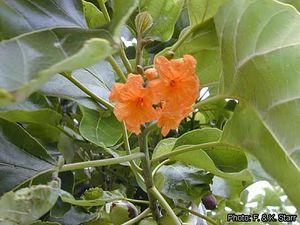 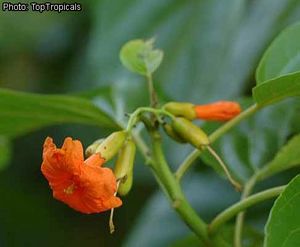 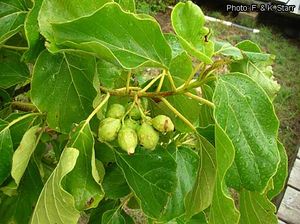 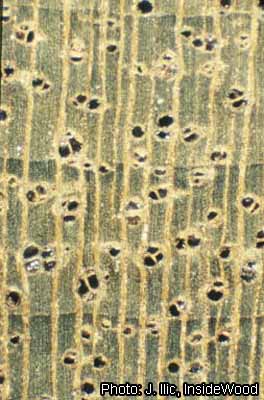 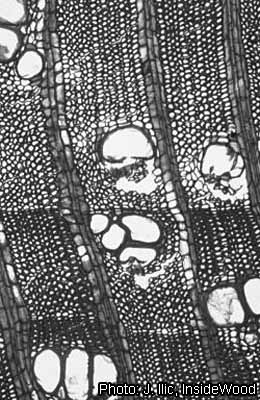 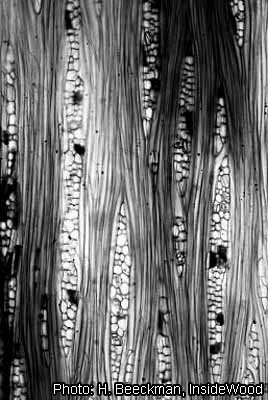 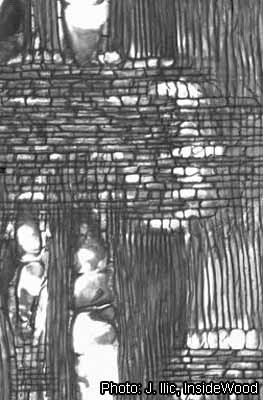 Cordia subcordata is extremely widespread along the coasts of eastern Africa, islands of the Indian Ocean, tropical Asia and Australia, and islands of the Pacific Ocean. In tropical Africa, it occurs from southern Somalia along the coasts of Kenya and Tanzania to Mozambique, and it is also found in Comoros, Madagascar and Seychelles. It has been introduced in Mauritius.

Although no uses have been documented from Africa, the wood is used in tropical Asia for light construction, beams and posts, wharves, furniture, cabinet making, musical instruments, tools, utensils, boxes, carvings, fancy articles, canoes, paddles and sliced veneer. It is suitable for food vessels and utensils because it does not impart taste to food. It is also used as firewood.

The seeds are edible. Leaves are sometimes chewed together with betel nut, and they are fed to pigs. They are used to dye clothes and fishing nets and lines yellowish brown, and they are also used in traditional medicine, e.g. to treat stings of poisonous fish. In Polynesia bark, leaves, flowers and fruits are used in phytomedicine, whereas the inner bark is used to make baskets, dance skirts, hats and fans. Cordia subcordata is planted as a windbreak and life fence, for coastal protection and as ornamental tree. The flowers are commonly used in collars and garlands.

The wood is not traded in Africa, but in the Solomon Islands, Papua New Guinea and other island in the Pacific Ocean it is highly prized and locally a significant source of income.

The heartwood is pale brown to dark brown, often with a purplish tinge and dark brown to nearly black streaks, and distinctly demarcated from the pale yellowish brown sapwood. The grain is usually interlocked, texture moderately fine. The wood is rather glossy. It is moderately lightweight, with a density of 470–650 kg/m³ at 15% moisture content. However, wood from French Polynesia is recorded to be heavier, with a density of 740–850 kg/m³ at 12% moisture content. It air dries slowly, and drying should be done carefully to avoid distortion. The rates of shrinkage are moderate, from green to oven dry 3.1–4.5% radial and 4.9–8.9% tangential. Once dry, the wood is stable in service.

The wood is easy to saw and can be worked well with both hand and machine tools. It takes a good finish with nice lustre when a filler is used. It is not durable in exposed situations and attacked by powder-post and longhorn beetles, termites, as well as decay fungi, but it is durable for interior work. The heartwood is resistant to impregnation with preservatives, even when using a pressure treatment. The wood is reported to burn fast and can easily be ignited by rubbing 2 pieces of wood together.

Trees grow fast on moderately fertile and well-drained sites. In Indonesia seedlings reached a height of 1–1.5 m 10 months after planting, 4–5 m after 2 years and on average 7 m after 4 years with an average diameter of 6.5 cm. Heavy branches often develop low on the stem and form a wide spreading crown. Cordia subcordata has an extensive, shallow root system. The flowers are probably pollinated by insects such as bees. Trees of 3 years old may already produce fruits. The corky fruits float in water and are dispersed by sea currents.

Cordia is a large pantropical genus of about 250 species, with the majority of the species occurring in the New World and about 35 species indigenous in tropical Africa. It is a variable genus and it has been suggested that it should be split up in several genera.

Cordia caffra Sond. occurs in southern Mozambique and eastern South Africa, often in coastal forest and scrub vegetation on dunes, sometimes inland in woodland and forest margins. It is also found in southern Madagascar. It is a shrub or small tree up to 7(–20) m tall. The pale brown and moderately heavy wood is locally valued for construction, furniture and fences. It is suitable for joinery, interior trim, boat building, toys, novelties, boxes, crates, vats, veneer and plywood. It is used as firewood and for charcoal production. The orange fruits are edible. Cordia caffra is an attractive ornamental tree.

In many areas Cordia subcordata is a fairly common constituent of vegetation along the beach and of secondary forest and thicket close to the seashore. It is adapted to strong, salt-laden winds. It mainly occurs in regions with more than 1500 mm/year of rainfall and with no real dry season, but can also be found in regions with 1000–1200 mm of annual rainfall and a pronounced dry season. The mean annual temperature is usually in the range of 24–28°C. Cordia subcordata is usually found on deep sandy soils, also on sand dunes and often on coralline sands over limestone. It prefers neutral to slightly alkaline soils. The soil may contain moderate levels of salt. In East Africa Cordia subcordata is most commonly found on sea shores above the high tide mark in sheltered localities.

There are 560–700 fruits in one kg. Usually the seeds are not removed from the fruits because it is difficult to do so without damaging them. In Malaysia seeds have been reported to take 19–62 days to germinate, with about 25% of the seeds being viable. Data from Indonesia show that viability of fresh seed may be as high as nearly 100%, but seed collected from the ground showed up to 50% germination. Soaking fruits in water for one or two nights promotes germination, as well as clipping the ends of the fruits. Storage under ambient conditions reduces the viability from 60% initially to 40% after 7 months, but dried fruits can be stored in cool and dry conditions for up to a year with slight decrease in viability.

It is recommended to cover the fruits by 1.5–2 cm of soil in seed beds. Seedlings should be watered sparingly. In eastern Polynesia seeds are sown in germination boxes filled with sand, sometimes mixed with humus. The seedlings should be grown under well-ventilated conditions to avoid fungal attacks. They can be planted into the field when 6–8 months old with a height of 40–50 cm. In Indonesia a spacing of 2.5 m × 1 m and 2.5 m × 3 m has been used.

Cordia subcordata has been classified as a pioneer species and can grow in full sunlight. However, trees grown under these circumstances are hardly suited for timber production, and it is recommended to plant young trees in the partial shade of other trees. They are not very shade tolerant but can develop reasonably well under light conditions above 30% relative light intensity. Frequent weeding may be necessary, as well as thinning and pruning. For timber production rotations of 60–70 years are recommended. The bole of older trees often develops heart rot. The larvae of the moth Ethmia nigroapicella may cause serious damage to trees by defoliation.

Cordia subcordata is extremely widespread and not likely to be under threat of genetic erosion. However, in some areas larger trees have become rare due to extensive exploitation. Cordia subcordata has been identified as a priority species on several island in the Pacific Ocean for genetic research.

Cordia subcordata is very poorly known in tropical Africa, but it deserves more research attention because it has interesting uses in tropical Asia and the Pacific. It has potential for the production of timber of small dimension suitable for local handicraft manufacture. In many areas the wood is considered valuable for carving because of its moderately fine texture and nice figure. Cordia subcordata can have great value for coastal protection. Tests in Hawaii showed that it is promising for use in phytoremediation of soils contaminated by petroleum hydrocarbon. It is a nice ornamental tree for coastal areas with its beautiful flowers, although it may fruit prolifically producing rounded, hard fruits which may be a hazard for pedestrians.