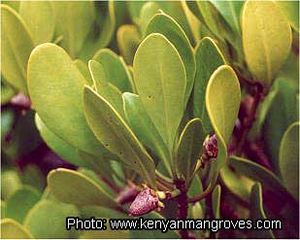 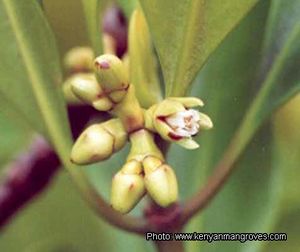 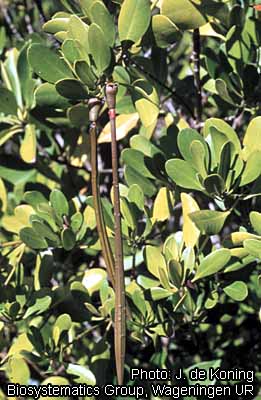 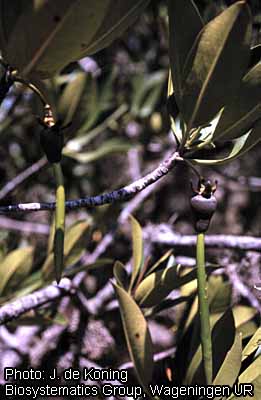 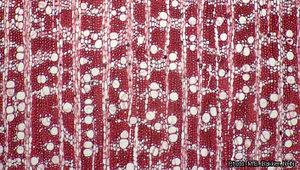 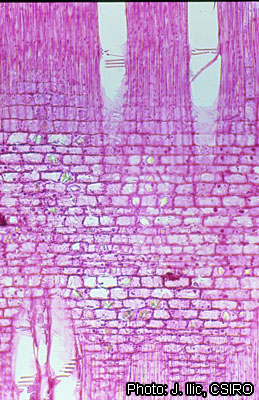 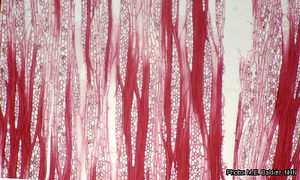 It is not known where Ceriops tagal originated but it is now widespread and common on coasts from eastern Africa and the Indian Ocean islands to the Indian subcontinent and from there through tropical Asia to Australia and the Pacific. In Africa it extends as far north as the gulf of Suez in Egypt (28°N) and the gulf of Aqaba in Jordan (30°N). In eastern Africa it occurs along the coast of Eritrea south to Kosi Bay in South Africa. Extensive stands of Ceriops tagal occur in Maputo Bay in southern Mozambique (26°S), and it also occurs in the Indian Ocean Islands.

The stem bark of Ceriops tagal is used for dyeing and tanning in eastern Africa and Asia. In fishing communities nets and sails are treated with a bark extract to preserve them from decay. In South-East Asia, the bark is a major ingredient for the famous ‘soga browns’ of Javanese batiks.

In Africa Ceriops tagal provides poles and planks for house building, small planks for boat building including paddles and oars, and fishing stakes. For house building it is preferred by many communities (e.g. the Giriama people in Kenya) because it grows long and straight and is suitable for making wattlework for walls and roofs. Communities living along the East African coast and islands also use it as a medium-quality commercial firewood. In some cases it is converted to charcoal, mainly from mangrove forests close to urban centres. The wood has been used as a source of pulp. An extract of the bark is used as a binder for particle board. Numerous applications in traditional medicine have been reported. The bark is used in lotions to treat malignant ulcers and abdominal ailments in Malaysia, and in the Philippines the bark is applied to cure diabetes. In general, bark extracts are used as an astringent, haemostatic and quinine substitute to cure malaria.

In general, mangrove forests are of considerable commercial value and they have been exploited for a long time along the East African coasts. Wood for ceilings, roofs and building poles (called ‘boriti’ in Swahili) are sold in the Persian Gulf and Red Sea, providing a very profitable trade.

The tannin content of Ceriops tagal bark can vary considerably, from 13% to over 40%, a common and notable feature of mangrove barks. The tannins belong to the group of condensed tannins of the procyanidin type, the reason why dyeing with the bark gives reddish-brown colours. The leaves contain less tannin, about 15%, bark from twigs 25–41%. In India solid block extracts containing 68% tannin and 15% moisture, and powder extracts containing 75% tannin and 5% moisture, have been prepared for use in the tanning industry.

The heartwood is orange when freshly cut, but turns yellowish brown or sometimes even red on exposure; it is distinctly or indistinctly demarcated from the pale yellow sapwood. The grain is straight, texture very fine. The wood is heavy with an average density of 960 kg/m3 at 15% moisture content. It is moderately durable but in contact with the ground it decays in about 2 years. The timber is not resistant to marine borers. Seasoned wood is comparatively resistant to splitting on shock and it is thus suitable for tool handles.

The bark of other mangrove trees is similarly used for tanning, timber and firewood, e.g. Bruguiera gymnorhiza (L.) Savigny and Rhizophora mucronata Poir.

Ceriops comprises 2 species. Ceriops decandra (Griff.) Ding Hou is found in tropical Asia and is vegetatively similar to Ceriops tagal, but has shorter inflorescences and hypocotyl. Ceriops tagal may occur intermingled with other mangrove trees such as Bruguiera, Rhizophora and Xylocarpus species, but it is easily distinguished by its glossy green, rounded (never pointed or apiculate) leaves, flattened buds, slender, comparatively short and ridged hypocotyls, and comparatively pale bark.

The seed germinates while the fruit is still attached to the plant and develops a massive hypocotyl, which contains the food reserve for the seedling. The hypocotyl hangs down from the fruit with the true root at the end. The root has small outgrowths, which are the branch roots all ready to grow out. The plumule too is well-developed, but is enclosed in a sheath holding it in the fruit until the seedling drops from the tree. Seedlings fall like a dart to lodge upright in soft mud into which they penetrate to some depth. They become anchored by the outgrowth of the branch roots and so have a good chance of retaining a hold in the scour of the tide. The seedling is buoyant and if it does not stick in the mud where it drops because of a high tide or for some other reason, it may be transported by water. The seedling becomes established quite quickly. Upward growth carrying the seedling leaves above the level of the flood tide is very rapid and growth may be as much as 60 cm in 24 hours. Later the growth rate declines and seedling development can take a year. Seedlings are unbranched initially, and later branching is continuous or intermittent, depending on the vigour of the plant. In seasonal climates flowering is during the summer; from Kenya to Mozambique it occurs mainly from November to March. Flowers open mostly in the evening and remain open the following day, emitting a faint but fragrant odour. Pollination is probably by night-flying insects, although bees also visit the flowers at daytime. Pollen release is explosive and is triggered by delicately touching the petals, which each hold a stamen pair.

Ceriops tagal grows in saline creeks and mud flats just above sea-level, where pH ranges from 6 to 8.5, temperature from 20°C to 26°C and average annual rainfall from 750 mm to 1500 mm. Typically it occupies sites of the inner mangrove. There flooding with salt water is often infrequent, while soil salinity may be high due to evaporation. Under these circumstances Ceriops tagal may form pure stands. In Africa it occurs as a distinct zone along creeks, just landward of the Rhizophora mucronata zone. If occurring in seaward areas it is generally found behind Sonneratia alba Sm., Avicennia marina (Forssk.) Vierh. and Rhizophora mucronata. Sometimes it is found along smaller channels in muddy sea shores which have sandy banks and receive less fresh water, or in intertidal mud flats and estuaries. It may also grow on frequently flooded fossil coral rock.

Ceriops tagal can be propagated by planting seedlings or pneumatophores. Unlike in other Rhizophoraceae, the seedlings are small and delicate and should be collected and transported to the planting areas with care. Seedlings do not tolerate excessive desiccation, but they establish quickly. Cut stems do not resprout. Natural regeneration of Ceriops tagal is very successful and where it grows additional planting is usually not needed.

Ceriops tagal is often attacked by some mistletoes. Many herbivores are discouraged by the high tannin content. Crabs feed on the seedlings. Monkeys such as Sykes monkey (Cercopithicus mitis) cause a minor damage by uprooting seedlings. Oecophylla ants are common on Ceriops tagal leaves and other mangrove species in Australia. They feed on sugar secretions of coccid bugs, that suck mangrove sap. Oecophylla ants have also been observed on mangroves at Inhaca Island in southern Mozambique.

There is no particular season for harvesting the bark. When harvested for firewood, trees are often killed by indiscriminate lopping of branches.

For tanning purposes the bark of older Ceriops tagal trees is preferred because the tannin content increases with age. The bark is peeled off and may be used directly, but in India tanning extracts may be prepared from it, and marketed as blocks or powder. Ceriops tagal bark is often used in a mixture of bark from several mangrove species prepared for a tanning extract.

In central Java the fine ‘soga-batik’ is still made using vegetable dyes, although on a small scale. The bark of Ceriops tagal, usually called ‘tingi’, is one of the ingredients of the traditional dye-recipes, together with the wood of Maclura cochinchinensis (Lour.) Corner and the bark of Peltophorum pterocarpum (DC.) Backer ex K.Heyne. Depending on various proportions of the ingredients, cotton cloth is dyed yellowish to brownish shades in traditional patterns, in a process which often takes several weeks. After the dyeing process, a fixing bath containing lime, sugar, and traditionally also alum and flower buds of Sophora japonica L. or borax, palm molasses, alum, annatto and lemon juice, is necessary to make the colours more fast and bright. Using this dyeing process, warm yellowish-brown colours, gradually shading off into one another, are given to the cotton cloth. These effects cannot be achieved when using synthetic dyes. Top-dyeing with soga-dye of textiles or parts of textiles already dyed with indigo produces shades of purple and black.

Ceriops tagal is widespread and not yet in direct danger of genetic erosion. In eastern tropical Africa, including the Indian Ocean islands, about 10,000 km2 mangrove vegetation is present. Tanzania, Mozambique and Madagascar are the countries with largest mangrove areas. About 25 areas are protected, but in many regions mangroves are threatened. They are over-exploited for timber or are cleared to make way for rice or shrimp farms, salt pans and urban development. These ecologically important habitats are also threatened by untreated waste discharged into rivers, industrial pollution and pesticides contained in run-off from farms. Dams constructed in rivers that flow into mangrove habitats have decreased the flow of water causing the salt content to increase to unnaturally high levels. Mangroves are also vulnerable to natural stresses such as river floods, deposition of sand and sediments, and rising sea levels. The decline of mangrove forests along the East African coast is mainly due to to over-exploitation for charcoal, firewood, timber, dyeing and tanning materials without replanting. All these issues should be included in future mangrove management and reforestation plans.

Management policies have been introduced to control and prohibit destruction of mangrove forests but there are few or no means available for their implementation. Therefore, stricter local governmental regulations and their enforcement are necessary for the protection of mangroves, while at the same time involvement of local communities in sustainable management and protection of the mangrove forests is essential. Only under such conditions can the use of the bark of Ceriops tagal and other mangrove species for dyeing and tanning be recommended as a truly renewable resource.