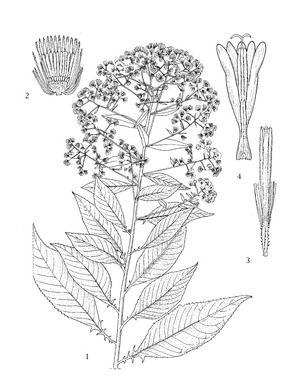 B. balsamifera occurs from India to Burma (Myanmar), Indo-China, southern China, Taiwan, Malaysia, Indonesia and the Philippines. It is also cultivated widely throughout East and South-East Asia.

In China ngai camphor oil, an essential oil obtained by steam distillation of young leaves of B. balsamifera, is widely used in medicine and in rituals. The refined camphor "ngai p'ien" is considered of higher quality than camphor from Cinnamomum camphora (L.) Presl, but is not rated as high as that from Dryobalanops spp. Preparations from B. balsamifera have been used in Chinese medicine since ancient times as carminative, mild stimulant, vermifuge and as topical application for septic ulcers. In South-East Asia it is one of the most common and widely used medicinal plants for a number of ailments, mainly as a stomachic, vermifuge, expectorant and sudorific. It is also used to treat bronchitis, arthritis, insomnia and dysmenorrhoea. In the Philippines a diuretic and kidney-stone medicine is prepared commercially from B. balsamifera. In Thailand, cigarettes containing the chopped, dried leaves are smoked to relieve the pain of sinusitis. An infusion from the leaves is taken as a stomachic, diaphoretic expectorant and emmenagogue, while a decoction of fresh leaves, alone or in combination with other plant preparations, used as a bath for women after childbirth and also for young children. In Vietnam a decoction of the leaves is prescribed against influenza, cough and dyspepsia. Inhalation of the vapour from a boiling decoction of fresh leaves is used against the same afflictions. Poultices of pounded leaves are applied to treat haemorrhoids and an alcoholic maceration serves as a liniment for rheumatism. The roots and leaves are used as natural pesticides e.g. against storage pests and leaf hoppers in rice.

Ngai camphor and ngai camphor oil are only produced and traded locally; production and trade statistics are not available.

The leaves of B. balsamifera contain about 0.5% of a volatile oil whose main component is borneol (about 25%), a compound closely related to camphor and easily converted into it by oxidation. Other components are 1,8-cineole, limonene, and camphor; other sources also mention β-eudesmol, β-camphene and myrcene. Camphor is an important component of true B. balsamifera oil, but its content may vary strongly. The variation may be due to environmental conditions. Some samples, e.g. from China, are free of it, while other samples contain as much as 75%. The camphor may be an admixture from oil of other Blumea species. B. lacera (Burm.f.) DC. from China has been suggested as a source of the adulterant, but other sources do not indicate camphor as a component of its oil. B. balsamifera contains small amounts of flavonoids and sesquiterpenes that may have medicinal properties. The main component of ngai camphor, borneol, is also produced synthetically.

B. balsamifera flowers throughout the year. It produces seed abundantly and easily propagates spontaneously.

Blumea species differ markedly in their content of phenolic compounds. In an analysis of 12 Blumea species, 147 compounds were separated. None of these occurred in more than 4 species, while the number of compounds per species ranged from 12-23. B. balsamifera is widely distributed and very variable in its foliage and degree of pubescence; the flower heads and florets, however, are remarkably uniform in size and morphology throughout its range. Plants growing in a montane habitat appear more woolly than those from the lowland. It is the most woody and fragrant Blumea. B. malcolmii (Clarke) Hook.f. is another strongly fragrant species which only occurs in Maharashtra (India); it smells strongly of turpentine and its volatile components are different from those of B. balsamifera.

B. balsamifera grows naturally along roadsides, in upland fields, fields infested with Imperata, and natural grazing lands, brushwood and forest, including bamboo and teak forests and sometimes in wet places on river banks, from sea-level up to 2200 m altitude. It sometimes grows gregariously and hardly tolerates shade. It is often considered a weed, but is easily eradicated. B. balsamifera is frequently found in regularly burned grassland, as it readily sprouts from underground parts after the leaves and branches have been killed by fire.

B. balsamifera can be propagated by seed and by root and stem cuttings. Cuttings are placed in containers under shade. Watering should be carried out with care, as too much water is harmful. Seedlings and rooted cuttings can be transplanted after about 2 weeks to a place receiving full sunlight. Young plantations should be weeded regularly.

In the Philippines B. balsamifera suffers from the following diseases: Endophyllum blumeae, a leaf rust causing premature defoliation when the attack is severe; Cercospora sp., a circular leaf spot, may cause serious losses during the rainy season; while an orange leaf spot also caused by a Cercospora sp. occurs occasionally. B. balsamifera is reported to be a host of the mites Amblyseius sp., Brevipalpus obovatus and Typhlodromus jackmickleyi.

In gardens, leaves are picked when required. On a larger scale, leaves are cut up to four times a year or whole plants are harvested.

In Vietnam 50 t/ha of leaves of B. balsamifera have been harvested annually, yielding 50-200 kg borneol.

For home use, fresh leaves are washed and chopped very finely and given to patients. Commercially, leaves are first air-dried in a well ventilated place before use. On distillation the leaves can yield 0.1-0.5% of a yellow oil.

No germplasm collections of B. balsamifera are known to be maintained and no breeding work has been done.

Ngai camphor is likely to remain an important component of pharmaceutical products, especially in China and the Philippines, where most research is currently done.

Composition of essential-oil of Leaf oil