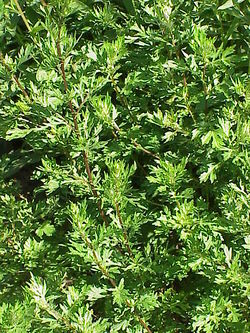 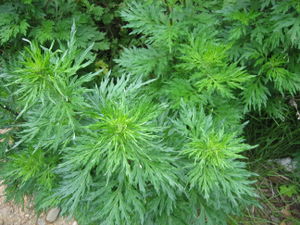 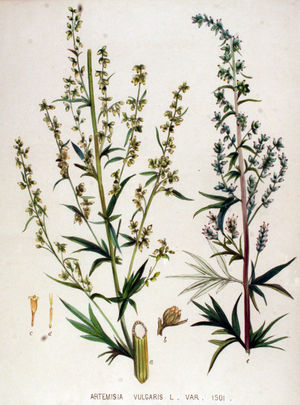 Several species have been named artemisia by Greeks and later Romans. As the goddess Artemis to whom it is dedicated, mugwort has the mandate to cure women's illnesses. In the Middle-Ages, it came to be known as the mother of all herbs, mater herbarum, and Macer Floridus (9th century) details its virtues. It was also a magical herb, and one of Saint-John's herbs, that were worn to protect oneself against spells, or that were placed in houses to keep away bad evils. Crowns or belts of mugwort were thrown into Saint-John's fires.