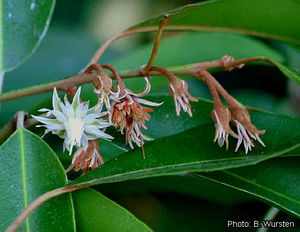 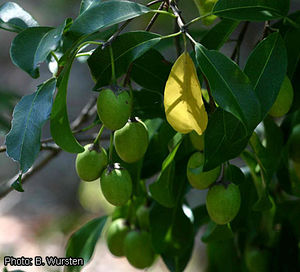 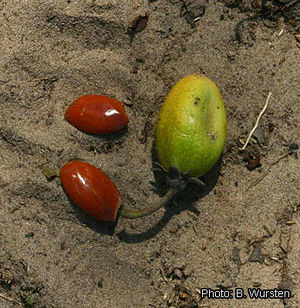 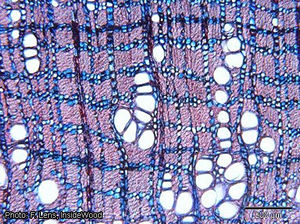 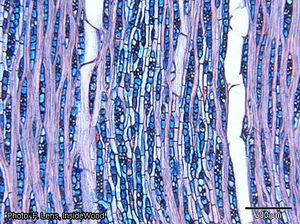 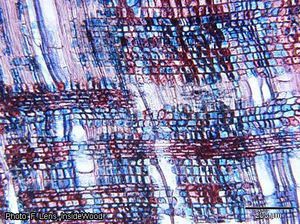 The wood is useful as general-purpose timber. It is used for furniture, and is also suitable for general carpentry. The fruit is edible; the yellow fruit flesh is pleasantly sweet and floury. It is eaten fresh and can be stored after sun drying. It can be used in jams and jellies, and the juice is fermented to produce an alcoholic drink. Branches are used as fire-sticks in traditional fire-making by friction. In Swaziland a root infusion is taken to treat candidiasis, and a bark decoction to treat wounds and ulcers. In Zimbabwe the tree is maintained in fields because it is considered to improve soil fertility. Mimusops zeyheri is planted as an ornamental, and plants are sometimes sold as pot plants, e.g. in the United States.

The heartwood is creamy brown to reddish brown, fairly heavy and hard, and fine-grained. It is moderately durable. It works well, but fresh sawdust may cause sneezing.

The content of ascorbic acid (vitamin C) in the fruit is reportedly fairly high, about 90 mg per 100 g. The fruit has a comparatively low energy value and low content of protein, fat and carbohydrate, but contains per 100 g Ca 27 mg, P 13 mg and Fe 24 mg.

Mimusops zeyheri trees grow slowly and are long-lived. In Zambia they have ripe fruits between March and June, and flower buds develop at the end of the rainy season.

Mimusops zeyheri closely resembles Mimusops obtusifolia Lam. (synonym: Mimusops fruticosa A.DC.), which occurs in eastern Kenya, Tanzania, Malawi, Zimbabwe and Mozambique. In Kenya and Tanzania the wood of the latter species is used for poles, tool handles, carving, boats and dugout canoes, which have a service life of up to 8 years, whereas the sweet fruits are commonly eaten throughout the distribution area of the species. In Tanzania the roots are used to treat constipation, hernia and venereal diseases. Mimusops obtusifolia differs from Mimusops zeyheri in its leaves rounded at apex and glabrous or sparsely pubescent below, and slightly smaller fruits.

Mimusops zeyheri is characteristic for riparian woodland, where it is even found on sandy, infertile alluvial soils, and termite mounds, but is occasionally also found in swamp forest, thickets and rocky hill slopes.

The seeds are orthodox; they maintain 60% viability after one month when the moisture content is reduced to 15% and when they are stored at –20°C. They should be scarified and subsequently immersed in water during 24 hours before sowing.

Mimusops zeyheri as well as Mimusops obtusifolia are widespread in various habitats and not in danger of genetic erosion.

Mimusops zeyheri and some other Mimusops species have some importance for the production of general-purpose timber and as a supplier of supplementary food in the often monotonous diet of people in southern Africa. These multipurpose trees deserve more attention in research. However, the potential for domestication is limited because of the slow growth. Mimusops zeyheri is considered by FAO as potentially important as multipurpose tree, for which breeding programmes should be developed.