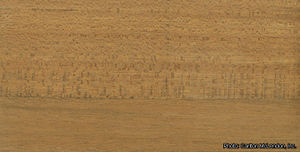 Heritiera littoralis occurs along the coast of eastern Africa from Kenya through Tanzania to Mozambique, in the Indian Ocean islands, tropical Asia, tropical Australia, Hawaii and New Caledonia. It does not occur wild in Réunion and Mauritius, but has been introduced there.

In eastern Africa the tree boles are used to make masts of boats, for shipbuilding and furniture. In tropical Asia the wood is more commonly used, particularly for rice pounders and other domestic articles, but sometimes also for piling, bridges and shipbuilding. It is recommended for steamed bentwork and when strength and durability are required. The wood is excellent firewood, having a high energy value. It is suitable for the production of wrapping, writing and printing paper. The bark has been used for tanning, and is occasionally still used for toughening fishing nets. In Kenya a root decoction is used to treat mouth infection and toothache. In tropical Asia a seed extract is used to treat diarrhoea and dysentery. The seed is occasionally eaten and has been used as a cola substitute. In the Philippines the roots are used as fish poison.

The wood of Heritiera littoralis is of little commercial value, but has been of some importance in the Philippines.

The wood of Heritiera littoralis is heavy, hard and strong. The heartwood is reddish brown or dark brown, often with a chocolate or purple tinge. The density is 830–1040 kg/m³ at 15% moisture content. The grain is interlocked, texture fine and even. The wood often smells like leather.

The shrinkage rates are fairly high, from green to 15% moisture content about 2% radial and 4.5% tangential. The timber is difficult to season, being subject to considerable end splitting and surface checking. It rapidly blunts edged tools due to the presence of silica, but turns fairly well and takes a good finish. The wood is moderately durable when exposed to the weather or in contact with the ground; a life of 3 years in contact with the ground under tropical conditions is probably as much as can be expected. In durability tests in Tanzania, fungi showed a particularly high affinity for Heritiera littoralis wood. The wood is not susceptible to powder-post beetles, and is reported to be resistant to marine borers, but not always to termites. It is probably difficult to impregnate with preservative because gum-like deposits are present.

The bark contains 12–15% tannin on dry weight basis. The poisonous activity of the roots to fish is due to the presence of sesquiterpenoids such as heritonin and vallapin. The latter compound also showed activity against boll weevils. In tests in Japan, an ethanol extract of Heritiera littoralis branches showed strong DPPH (2,2-diphenyl-1-picrylhydrazyl) radical scavenging activity. The seed oil is characterized by high contents of the cyclopropenoic acids malvalic acid (54%) and sterculic acid (12.5%).

Heritiera comprises about 35 species, the majority of which occur in tropical Asia and with Heritiera littoralis as the most widespread species. In Africa two other species occur, although these are often considered to belong to a separate genus Tarrietia. A distinct subspecies of Heritiera littoralis has been described from Madagascar: subsp. ralima Arènes, differing in its almost globose fruits on thicker stalks.

The fruits float in water, with the ridge upwards, and the seeds germinate readily in muddy substrates. When washed up on a beach, the flattened base of the fruit weakens, allowing moisture to penetrate. The fruit is split by the extruding thick, hard radicle, which develops into a primary root penetrating deeply into the soil. The primary root branches soon, and subsequently the plumule extrudes. The growth of the branches is rhythmic and the shoots are distinctly articulate.

Heritiera littoralis occurs on the landward side of mangroves, where fresh water mixes with sea water or predominates. It seems intolerant of high salinity. It is sometimes also found on rocky shores, and more often on the banks of tidal rivers.

Moth larvae and beetles (Curculionidae and Scolytidae) may damage seeds of Heritiera littoralis. High percentages of seeds may show evidence of borers, and research in Australia showed that very few seeds contain an intact embryo. Seeds are eaten by large crabs, monkeys and wild pigs. Moreover, crabs may damage seedlings.

Heritiera littoralis is extremely widespread and as such not threatened. However, it depends on a habitat type, i.e. mangrove vegetation, that is under much pressure, and in many regions it has become endangered, e.g. in India. Along the coasts of eastern Africa and the Indian Ocean islands it occurs only locally abundantly (e.g. the Tana River delta has the only significant stand in Kenya and in Madagascar Heritiera littoralis occurs scattered and has only been recorded as abundant in the Betsiboka River delta).

It is not expected that the value of Heritiera littoralis as a timber tree will increase because the bole is often of too small size and poor shape. Moreover, it occurs in too small quantities to allow cutting on a larger scale.