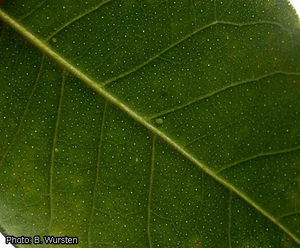 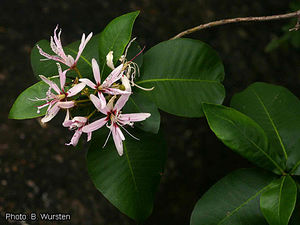 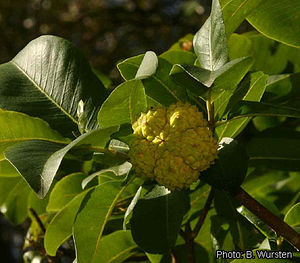 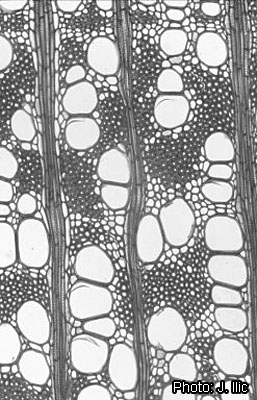 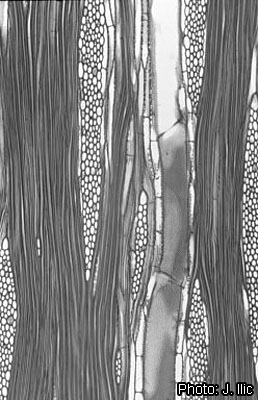 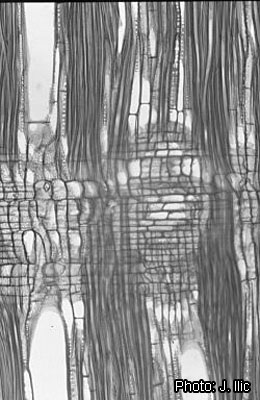 Calodendrum capense occurs naturally from northern Kenya to eastern South Africa. It is occasionally planted as an ornamental and roadside tree within its area of distribution and elsewhere, e.g. in Australia.

The wood is used in house construction and for poles, furniture, grain mortars, tool handles, implements and yokes. It is also suitable for flooring, joinery, boats, vehicle bodies, sporting goods, toys, novelties, musical instruments, boxes, railway sleepers, turnery, veneer, plywood and pulpwood. It is considered a good firewood and suitable for charcoal production. Calodendrum capense is planted as an ornamental and roadside tree, e.g. in Nairobi and Kampala; it is spectacular when in full bloom. It is also used for shade, and it is planted as a windbreak. It produces large amounts of leaves that are useful as mulch. It is a good source of nectar for honeybees. In South Africa the bark, which is sold in local markets as ‘white umemezi’, is used in cosmetics to dye the skin whitish. The seed oil, called ‘yangu oil’ is popular in Africa as a skin-care product, e.g. in Kenya it is used as a skin emollient. The oil can be used in soap making and as biofuel.

The heartwood is whitish to straw-coloured, occasionally with greenish or brownish markings, and indistinctly demarcated from the sapwood. The grain is straight, texture fine to medium. Growth rings are distinct.

The wood is medium-weight, with a density of 610–740 kg/m³ at 12% moisture content. Usually drying causes no problems and little deformation. The rates of shrinkage from green to oven dry are 4.8% radial and 7.3% tangential.

The wood saws and works easily with both hand and machine tools, but surfaces may become slightly woolly. It can be finished to a smooth surface and polishes well. The nailing, boring, gluing, jointing and turning properties are all satisfactory. The bending properties are excellent. The wood is not durable and is susceptible to termites and Lyctus attack. The heartwood is moderately resistant to impregnation with preservatives.

Seeds contain about 60% oil. The seed oil is yellowish and bitter. The fatty acid composition of the oil is approximately: palmitic acid 18–24%, stearic acid c. 5%, oleic acid 33–44%, linoleic acid 29–36%, linolenic acid c. 1%, arachidic acid <1%. Tests showed a high potential for use as lubricant and as fuel in diesel engines. The root bark contains calodendrolide, a limonoid derivative, which has larvicidal properties against the mosquito Aedes aegypti.

Calodendrum capense usually grows moderately slowly, but under optimal conditions growth in height may be up to 1 m/year. The root system is not aggressive. Trees may start flowering 7–8 years after sowing, but 10 years is more common. Trees grown from cuttings may flower after 4 years. The trees often lose most of their leaves and are then almost bare for several months, but they may be evergreen in coastal forest. Trees may flower throughout the year, but there are peaks, e.g. in December–January in Kenya and in October–December in southern Africa. The flowers are pollinated by butterflies and bees. Fruits ripen about 3 months after flowering. Monkeys and squirrels feed on the fruits, whereas pigeons and parrots eat the seeds; these animals may disperse the seeds.

Calodendrum eickii Engl. is endemic to the West Usambara Mountains in Tanzania, where it occurs in montane Juniperus forest. It is a small tree up to 15 m tall, differing from Calodendrum capense in its smaller flowers and larger fruits with long spines. The wood of Calodendrum eickii is used for poles, tool handles and grain mortars. It is also used as fuelwood. The roots are used medicinally for treating hypertension. The tree is used for amenity and shade. In the IUCN Red list, Calodendrum eickii is classified as critically endangered due to habitat loss and degradation, caused by establishment of commercial pine plantations and expansion of agriculture.

In East Africa Calodendrum capense occurs in evergreen montane forest and riverine forest at 1200–2300 m altitude, but in southern Africa it can also be found in scrub vegetation and coastal forest at sea-level. It tolerates various soil conditions including dry black cotton soils, but prefers moist forest soils. In cultivation Calodendrum capense thrives in deep, fertile, well-composted soil with plenty of moisture. Young trees are susceptible to frost, but old ones are frost tolerant.

Non-viable seeds can be separated from viable ones in water because they float. Pre-treatment of seed is not necessary before sowing. The germination rate of fresh seed is generally high, up to 90%. Germination takes 10–40 days. One kg contains 600–1000 seeds. Seeds can be stored for up to one year when protected from insects. Cuttings taken from new growth and treated with a rooting hormone can also be used for propagation. Grafting has been practised successfully. Wildlings are sometimes used for planting. Young plants can be transplanted easily. Management of trees by pruning is possible, but only young trees can be coppiced.

Although Calodendrum capense is widespread and not immediately endangered, it is uncommon in several regions within its distribution area, e.g. in Uganda, Malawi, Zimbabwe and Mozambique. Some caution is needed to prevent it from becoming threatened by genetic erosion, as is the case for Calodendrum eickii.

Calodendrum capense deserves more attention for planting. It combines a high ornamental value with products such as multipurpose timber and useful seed oil. Although the little information available indicates that the tree is not difficult to grow, more research is needed on propagation techniques and management in relation to its uses.