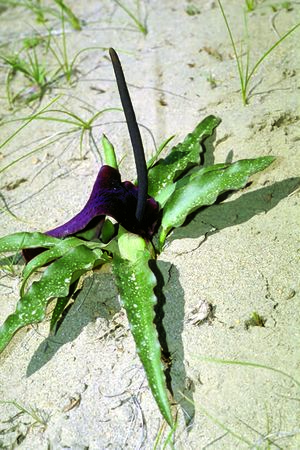 Pastoral importance: Poisonous; not touched by livestock. Tubercle contains alkaloid saponin (up to 30%), used in traditional pharmacology as a treatment for rheumatism. Hunters use plant to poison meat as bait for wolves and foxes, crushed and dried tubercles used as a flour.

Habitat: Grows as single plants, sparsely distributed on sandy deserts of the Kyzylkum and Karakum.