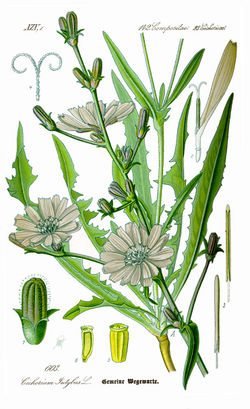 This type is well known in Italy. Leaves can be cut several times. At leat one type, 'Barbe de capucin' (Italian: barba di cappuccino; German: Kapuzinerbart) is grown like Witloof, roots being forced in caves and bleached leaves eaten as a delicacy. 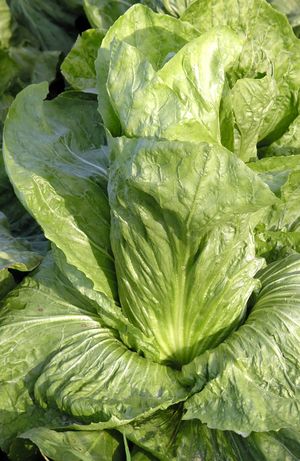 Known above all in Italy, france and Switzerland as a winter salad. ‘Bianca di Milano’ is a similar cultivar.

In spite of their name, this group is mostly known from Italy and Greece. In Italy, a subtype is grown for its thick stems, about ten arising from the base. When collected at an early stage, it is called mazzocchi. Later it becomes puntarelle.

When cut in longitudinal slices and put in water, the slices curl. They are eaten raw, simply accomodated with a sauce of crushed anchovies and olive oil. Those puntarelle alla salsa d'alici are one of the most intriguing and marvelous Italian salads.

This group arose in the North-East of Italy. They are either collected in winter form the fields, or forced in caves. 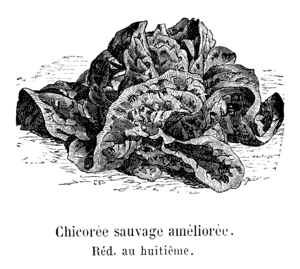 This type forms a small rosette of rounded leaves. It is an excellent winter salad, for example with mimosa eggs.

This type arose recently, about 1850 near Brussels. It has become a major industrial product. It is grown in tow stages. The plant is sown in fields, and roots are collected in autumn and stored during winter times. They are put to forcing according to market. Leaves form a thick oblong head. First cultivars could form their head only if covered by earth. New cultivars developed in the 1970's can form their head without earth, which allowed production to be done hydroponically in stacked trays.

Witloof is the Flemish name, meaning "white foliage". The Dutch prefer the form witlof. It has become the standard technical name. In Belgium and northern France, the product is called chicon, whereas in most of France, it has taken the name endive. 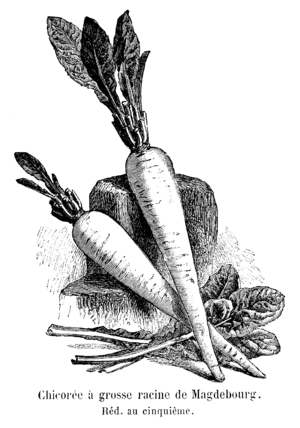 A specialty of northern France and Belgium, it is an industrial crop, mostly grown as a substitute of coffee, being caffeine-free. Part of the production is now the source of inuline. 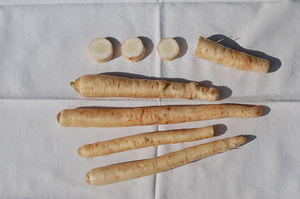 An endemic vegetable of Liguria (Italy).