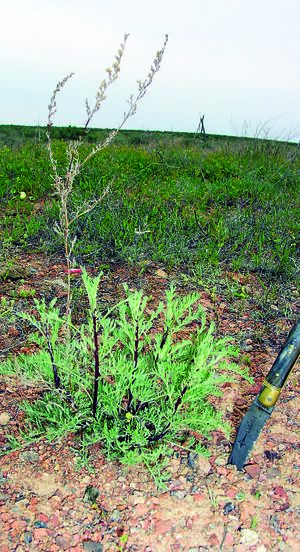 Pastoral importance: Valuable feed for all livestock mainly in autumn and winter. Younger shoots, heads and leaves are well consumed by cattle. Vegetation begins in February–March, maximum growth in April–May. Green forage production is 0.15–0.3 t/ha on good rangeland, may reach 1.5 t/ha when cultivated in young dense stands. A valuable plant for range rehabilitation and improvement of autumn-winter pastures.

Distribution: Similar to A. diffusa; widely present in all parts of deserts in Central Asia, Kazakhstan, South Russia, South and northern part of Turanian lowlands to Baluchistan.