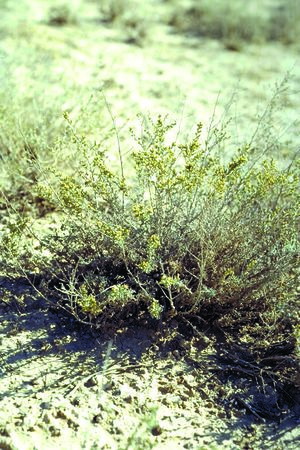 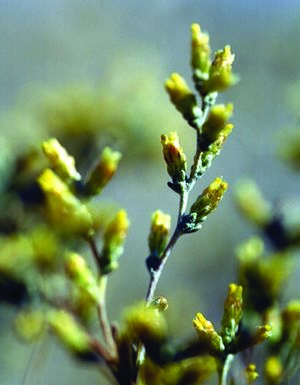 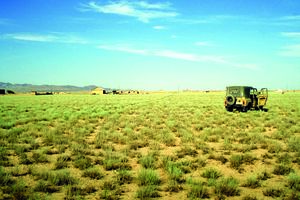 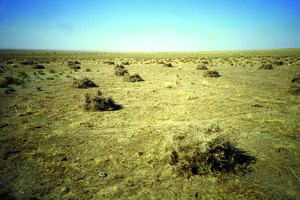 Pastoral importance: One of the best rangeland feeds for all livestock from Morocco (Artemisia herba-alba Asso.) to Central Asia (Artemisia diffusa and other similar Artemisia spp.). Drought and frost-resistant plant valuable for the creation/ or rehabilitation of autumn-winter pastures in arid and semi-desert areas and also for the improvement of degraded lands in clay and gypsum deserts. A limited grazing of Artemisia - Carex plant associations leads to the appearance of Tortula desertorum indicating range senescence and degradation. Provides a valuable fodder bank during the autumn-winter feed gap in areas from North Africa to Central Asia. In early spring, Artemisia is well eaten by cattle because of the high content of carotin (about 100 mg/kg) in young shoots, but care must be exercised with small ruminants (because of the possibility of abortion in spring). Ripe fruits are readily eaten due to a lessening of the strong smell and bitter taste. Annual yield capacity of A. diffusa on natural pastures varies from 0.1 to 0.25 t/ha (Morozova 1946) and 0.48 to 2.54 t/ha on cultivated land. About 1.0–1.5 kg/ha of seed is harvested from natural pastures and up to 6 kg/ha under cultivation. In Uzbekistan, Artemisia diffusa is collected for winter feed. Wood is collected for fuel. Artemisia rangelands are often a prime target for cereal cultivation in low rainfall semi-arid and arid zones inducing desertification. Artemisia is suitable for haymaking, better feed and used after exposure to frost and/or rains in winter when dry and volatile compounds have been leached.

Habitat: Xero-gypsophyte. Typical plant of the southern Turanian deserts; found on inter-dunes, depressions and on northern slopes of sandy ridges; most abundant on loamy sand, stony and grey-brown soils of plains, foothills and semi-desert areas.