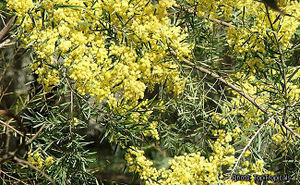 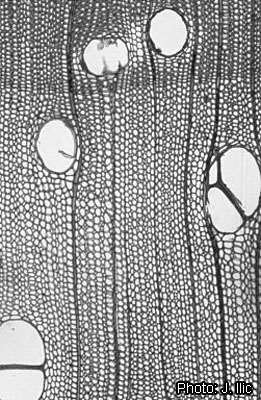 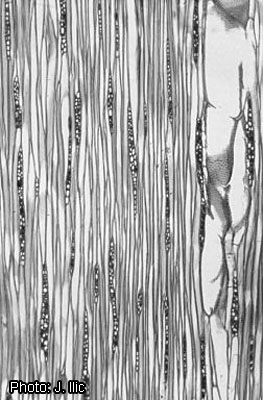 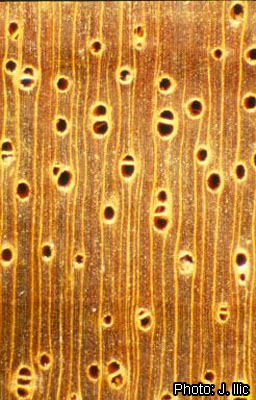 Acacia melanoxylon is indigenous in eastern Australia, from Queensland to Tasmania. It has been planted in many tropical and subtropical regions. Plantation silviculture of Acacia melanoxylon has a long history in New Zealand, Brazil and South Africa. It was introduced into South Africa in 1909, and has become well established in some natural forests in the south of the country. It was also introduced into Tanzania before the First World War. In tropical Africa many small-scale plantations exist from Eritrea and Ethiopia to Zimbabwe, Madagascar and Mauritius. In Rwanda about 2500 ha were planted in the 1980s. Acacia melanoxylon is naturalized in mountain forest fringes in Zimbabwe.

Its attractive appearance, fairly even texture, hardness and good machining properties make Acacia melanoxylon wood suitable for high-quality furniture, cabinet making and fancy veneer. In South Africa it became popular as a substitute for stinkwood (Ocotea bullata (Burch.) Baill.). The wood is also used for light construction, tool handles, musical instruments, bentwork, turnery and fence posts. It serves as firewood and to produce charcoal. In South Africa Acacia melanoxylon is also considered useful as a nurse tree for the rehabilitation of disturbed natural forest. It is used for afforestation in Rwanda and Burundi. Acacia melanoxylon is planted for erosion control and in windbreaks, and also as an ornamental tree. The foliage is browsed by livestock.

The annual production in Australia of Acacia melanoxylon timber is about 10,000 m³, mainly from Tasmania. It is all used within Australia. Acacia melanoxylon is a valuable tree in the southern part of South Africa, and it has been estimated that about 1500 m³/year can be harvested until 2010 from the remaining old stands.

The heartwood is golden brown to dark brown or almost black, often with a reddish tinge and dark steaks, distinctly demarcated from the 3–10 cm wide, white to straw-coloured sapwood. The grain is usually straight, sometimes interlocked or wavy, giving a fiddle-back figure; the texture is fine to moderately fine. The wood surface is highly lustrous.

The wood is medium-weight. The density is 515–710 kg/m³ at 12% moisture content. The shrinkage rates are moderately high, 2.0% radial and 6.2% tangential from green to 12% moisture content, and 3.4% radial and 9.0% tangential from green to oven dry. The drying time of the wood is variable; quarter-sawn wood takes twice as long as flat-sawn heartwood. Boards 25 mm thick take 6–7 weeks to dry from 80% to 13% moisture content. It is recommended that all material, particularly 50 mm or thicker, be air dried to 30% moisture content before kiln drying. Spring and twist may be a problem, but can be largely attributed to poor bole shape; distortion can be reduced by steam treatment. Even kiln drying at 70°C (dry bulb) did not cause excessive surface checking. Once dry, the wood is moderately stable.

The wood is an important cause of allergic contact dermatitis in Australia. Quinones such as acamelin and hydroxyflavans such as melacacidin are responsible for the sensitizing activity. Occupational asthma caused by blackwood has also been reported in wood workers.

Tests conducted in Ethiopia showed high palatability and nutritive value of the foliage for sheep.

The heartwood contains catechin derivatives that are potent inhibitors of protein kinase.

Acacia is a large pantropical genus, comprising more than 1300 species; most of them distributed in Australia (more than 900), more than 200 in America, and about 130 in Africa. Acacia melanoxylon belongs to subgenus Heterophyllum, which mainly comprises Australian species with phyllodes and without prickles.

In South Africa mean diameter growth was 1–2 cm/year until trees were 22 years old. It was estimated that the mean annual increment of gross bole volume is about 16 m³/ha and on the best sites 25 m³/ha; rotation objectives on good sites are 40 years for sawlogs. In Rwanda during the first 12 years of growth, the increase in height was 1.5–2.4 m/year and in diameter 1.6–1.9 cm/year. In Tanzania 20-year-old planted trees were 25–32 m tall, with a bole diameter of almost 50 cm at breast height.

A major problem in plantation establishment is that young trees often have poor apical dominance when grown in full light, resulting in large numbers of branches and trees of poor bole form. Trees may already flower after 2 years. They are usually prolific seed producers. They are long-lived, with ages of over 200 years reported from Australia. Nodule-producing Rhizobium bacteria have been isolated from the roots.

In Tasmania Acacia melanoxylon occurs in significant volumes in swamp forest, riverine rain forest and as understorey component of wet eucalypt forest. It shows a wide ecological adaptability in mainland Australia. The mean annual temperature in its range is 6–19°C, mean annual rainfall 750–2300 mm. In tropical Africa it is usually planted in comparatively cool and wet upland regions, e.g. in Tanzania at 1500–2500 m altitude. It grows best in deep, moist and fertile soils, but grows also on a wide range of sandy loams and alluvial soils and in wet, nearly swampy places. Seedlings are shade-intolerant and Acacia melanoxylon is a pioneer species. The seed germinates after disturbances of the forest. In South Africa trees with comparatively much heartwood were found in well-drained areas with high rainfall and consistently high soil moisture. Acacia melanoxylon tolerates frost moderately well, but planted seedlings are sensitive to frost.

Pre-treatment of seeds improves germination. Mechanical scarification is optimal, but hot water treatment (3 minutes at 90°C) also improves germination, as well as stratification at 4°C for 4 weeks. Pre-treated seeds can have a germination rate of over 90%. The optimum temperature for germination is 25°C. Inoculation with Rhizobium is recommended in sterilized or new soil. Seeds can be stored for years in airtight containers at room temperature or in cool rooms; under natural circumstances seeds in the ground can maintain viability up to 50 years. One kg contains 55,000–85,000 seeds. A nursery of 2.5 m² comprising 1000 seedlings is required to plant 0.5–2 ha. Methods of in-vitro propagation have been developed in South Africa. Callus from juvenile explants of mature trees formed shoots on a Murashige and Skoog’s medium when supplemented with growth hormones. Propagation by root cuttings has been applied successfully. Regeneration by root suckers after felling is possible.

Application of phosphorus fertilizer at planting is generally associated with improved early growth; this may be allied to increased numbers of root nodules. In South Africa a single dose of 150 g of superphosphate per tree is applied at time of planting. In less than 6 months seedlings can reach a height of 20 cm, making planting out possible. Close initial spacing is needed to develop proper bole form, e.g. 2.5 m × 2.5 m. Recommended nurse trees are Pinus radiata D.Don and Eucalyptus spp., but results are varying. In Rwanda the initial density of plantations was about 2000 trees/ha, with a thinning of 50% after 6 years. Pruning is necessary to produce good bole form. Thinning to a final stand of 100–250 stems/ha is practised in commercial plantations.

In South Africa a system was developed in which Acacia melanoxylon was planted in pure stands in forest gaps. Acacia melanoxylon has been considered one of the most important invasive plant species in southern parts of South Africa. It does not aggressively invade closed evergreen forest, but outside the forest it is a serious invader of open and disturbed sites. Seed-feeding weevils of the genus Melanterius can be used as biological control and have been imported in South Africa from Australia for this purpose. For many years a policy of eradication was followed because Acacia melanoxylon was perceived as a threat to the indigenous forest, but recent investigations support the opinion that it is gradually replaced by native species in indigenous forest. It seems safe to restrict the control programme to areas where exotics are inherently unacceptable, e.g. nature reserves. The species is, however, useful both in relieving pressure on indigenous timbers, and as a nurse tree for the rehabilitation of disturbed natural forest. In the 1950s in Zimbabwe, seeds were scattered deliberately in high-rainfall forest reserves at high altitudes to introduce Acacia melanoxylon as a component of the indigenous mountain forest. It still occurs there, especially in moist gullies, but not gregariously and is not considered a serious invader.

Acacia melanoxylon is susceptible to attack by the fungus Armillaria mellea. Palatability of the young plants to herbivores including livestock can be a major constraint to successful plantation establishment. Insect damage to timber in depots is common, but generally of low intensity and thus not influencing the price. However, the stored timber is sprayed monthly with insecticides such as cypermethrin. Locally in South Africa, helicopters have been used to extract Acacia melanoxylon timber from ecologically sensitive or inaccessible parts of forest, based on single-tree selection. The high value of the timber compensates for the high costs.

A study of alloenzyme variation in Australia indicated high genetic diversity in Acacia melanoxylon. The rate of phyllode development (gradually replacing juvenile leaves) appeared to be genetically controlled and was negatively correlated with height growth in one-year-old seedlings. The limited research done has shown that genetic selection may improve a number of economically important characteristics of planted trees. Variation between provenances has been reported for wood density, tree size, bole shape, drought and frost tolerance, and root suckering ability. Variation between individual trees within provenances has been reported for percentage heartwood, heartwood colour, wood density, bole shape and frost tolerance. A limited number of seed stocks of provenances from throughout the natural range of Acacia melanoxylon is maintained at the Australian Tree Seed Centre of CSIRO, Canberra.

In South Africa Acacia melanoxylon is considered a useful, fast-growing timber species, which needs to be managed properly to ensure that it does not become invasive. It requires large forest gaps for optimum timber production, while its spread can be controlled by keeping canopy gaps to a minimum. The large genetic variation within Acacia melanoxylon indicates the importance of carefully selecting genetic material for planting and the potential value of a tree improvement programme, in which vegetative propagation is a promising option. However, in tropical Africa the possibilities for economically interesting timber plantations of Acacia melanoxylon are limited due to its ecological requirements, and inferior to those of many indigenous species.